An old psych ward. The other-wordly sounds of children playing. A haunted mansion. No, you’re not scrolling through the horror section on Netflix. You’re on a ghost hunt in Ventura County Coast! This laid back coastal region is primarily known for its sunny weather and uncrowded beaches. But if you’re in the mood for some fun thrills and chills, there are plenty of spooky spots to check out…if you dare. Here are some of our favorites: 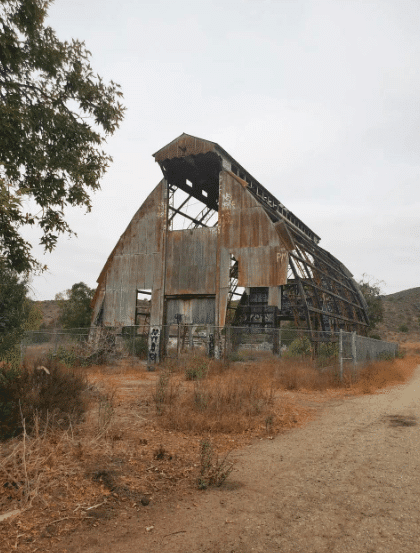 Long before it was a college campus with sweeping views of the mountains and local farms, Cal State University Channel Islands was the Camarillo State Hospital. First opened in 1936, the psychiatric hospital was home over the years to not only thousands of patients, but also the doctors, nurses, and other staff who treated them. At one point, it was the largest so-called mental hospital west of Chicago.

Society’s view of people living with mental illness and developmental disabilities was much different than it is today. Still the facility was considered ahead of its time, incorporating outdoor activities into its treatment programs. Patients grew much of their own food and cared for a herd of dairy cows at what is now called by locals the “Scary Dairy.” Today, the college’s students and faculty have reported late-night encounters with the lonely ghosts of former patients.

The skeleton of the Scary Dairy still stands on Lewis Road not far from the main campus. Feeling brave? Take a sunset drive out to the dairy while listening to this spine-chilling podcast that dives into the location’s dark past.

If you’re looking for a haunted jaunt that’s a little more family friendly, head to Oxnard’s Heritage Square. This historic block of downtown is home to a handful of spectacular Victorian and Craftsman-style homes once owned by Oxnard’s pioneer families. With its red-brick walkways, fountains, and lush landscaping, Heritage Square is an ideal spot for daytime concerts, walking tours, dining, and wine tasting.

But once the sun goes down, it’s a playground for the spirits of yesterday. Docents have said they often hear the sound of children playing in the gardens after visitors have left for the day. And people who work in the old houses have reported supernatural phenomena. 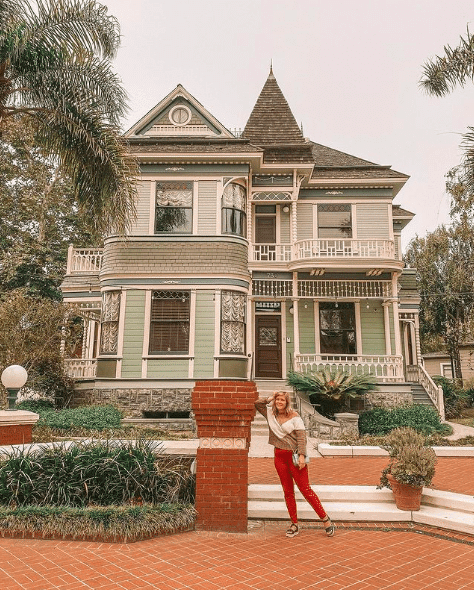 Featured on the History Channel’s Haunted Hotels, this inn built-in 1926 during the Ventura Oil Boom is haunted by Sylvia, “a playful spirit,” Senate says, “who likes to pinch men on the behind.” You can find her in room 17, but she’s also been seen in the halls, on the stairs, or in the lobby. The “lady of the night” died at Bella Maggiore during WWII; “some say she took her own life,” Senate says, “others say she was murdered.

Read all about this hotel and other haunted Ventura locations on Visit Ventura’s blog.

Visitors usually come to Port Hueneme for its sunny, sandy beach, but the small coastal town also has a rich history as a naval base and working port town with a couple of resident ghosts. The most famous of these spectral locals are the port’s founder, Thomas Bard, and his wife, Mollie.

In 1912, Thomas Bard, president of Union Oil and a California senator, built a mansion for his family and called it Berylwood. They often welcomed Port Hueneme’s early families to the estate for dinners and parties. Sadly, “The Father of Port Hueneme” died just three short years later in 1915.

After Mollie died in the 1930s, the home became an officers club for the new naval base, and today Bard Mansion is mostly used for weddings and other special events. There have been reported sightings of Bard, Mollie, and some of their staff, as well as soldiers from the base. If you visit for a tour, you might just hear them whispering or see them pop up in your selfies! 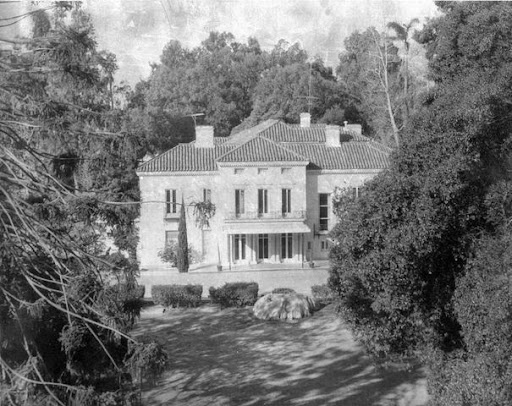 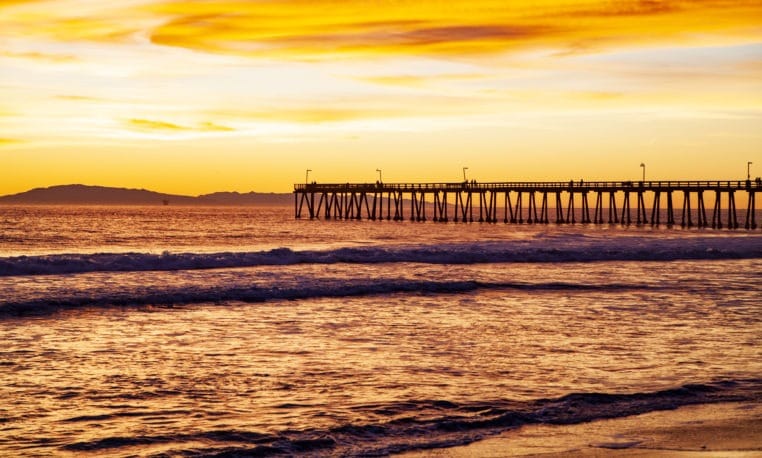 Whether looking for a night out on the town or a quiet evening under the stars,... 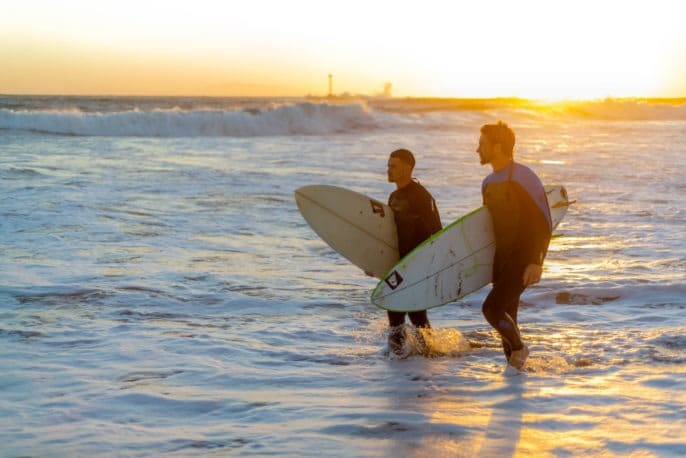 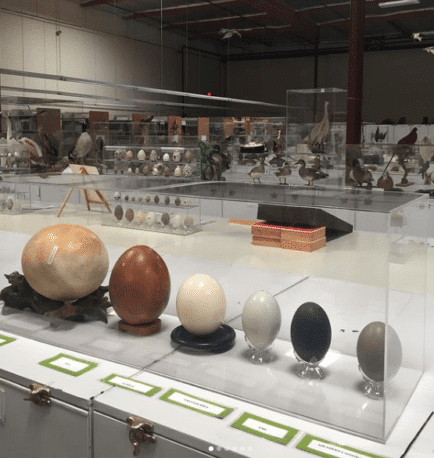 4 Unusual Things to Do in Ventura County Coast

Are you a “road less traveled” kind of person? Do you love finding hole-in-the-wall restaurants and... 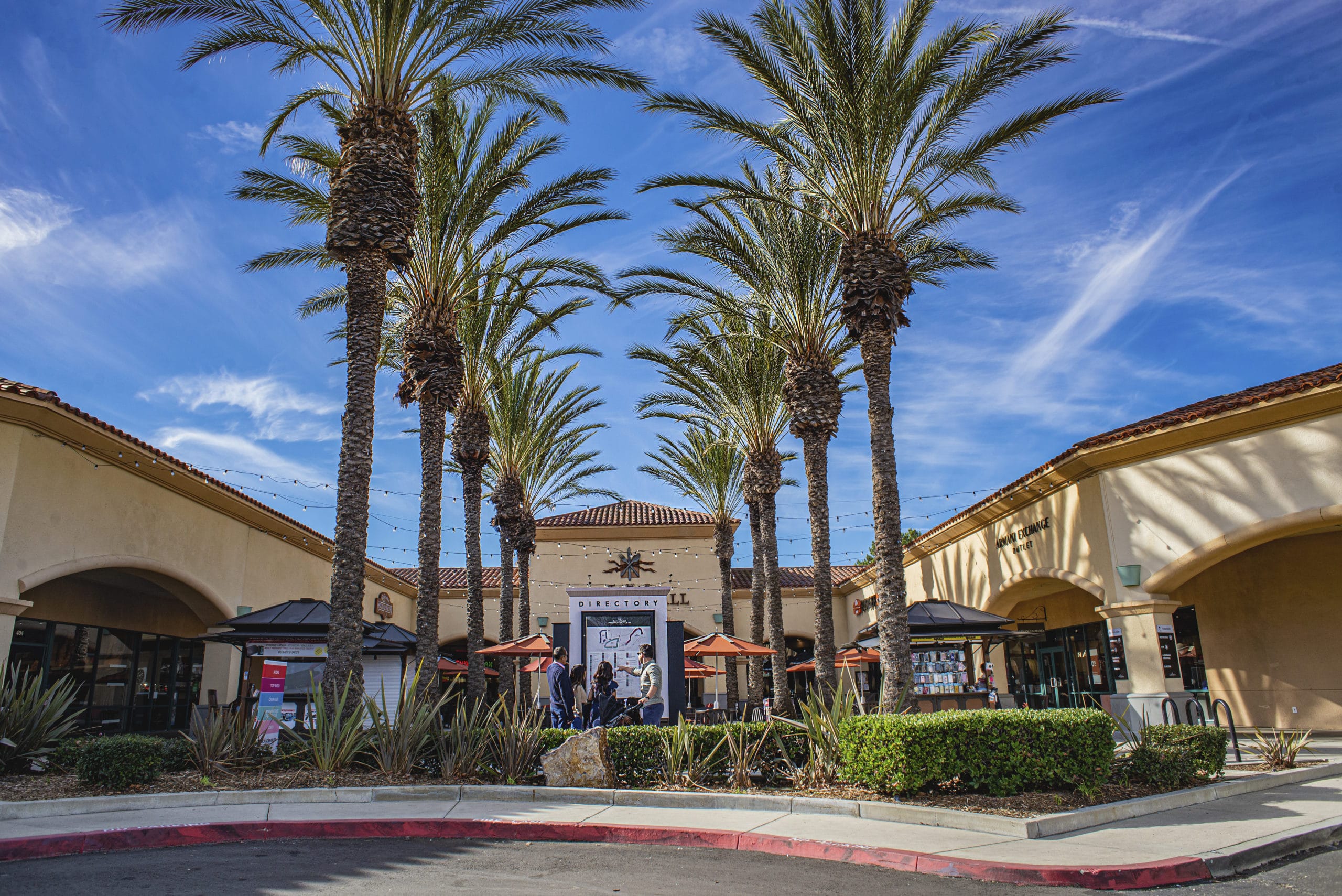 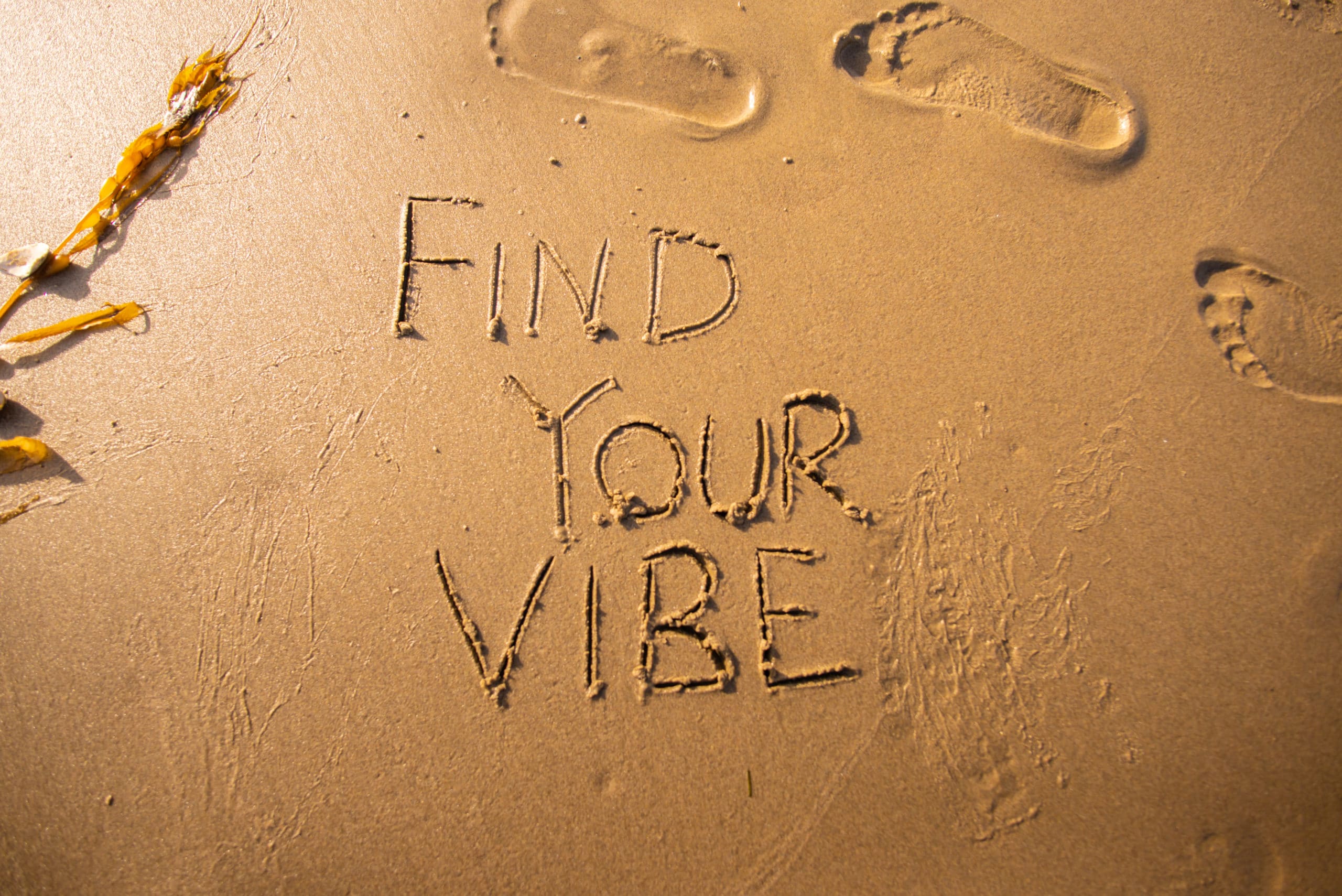 5 Ways to Get Good Vibes in Ventura County Coast

Here in Ventura County Coast, we’re all about good vibes all the time. From brewery hopping... 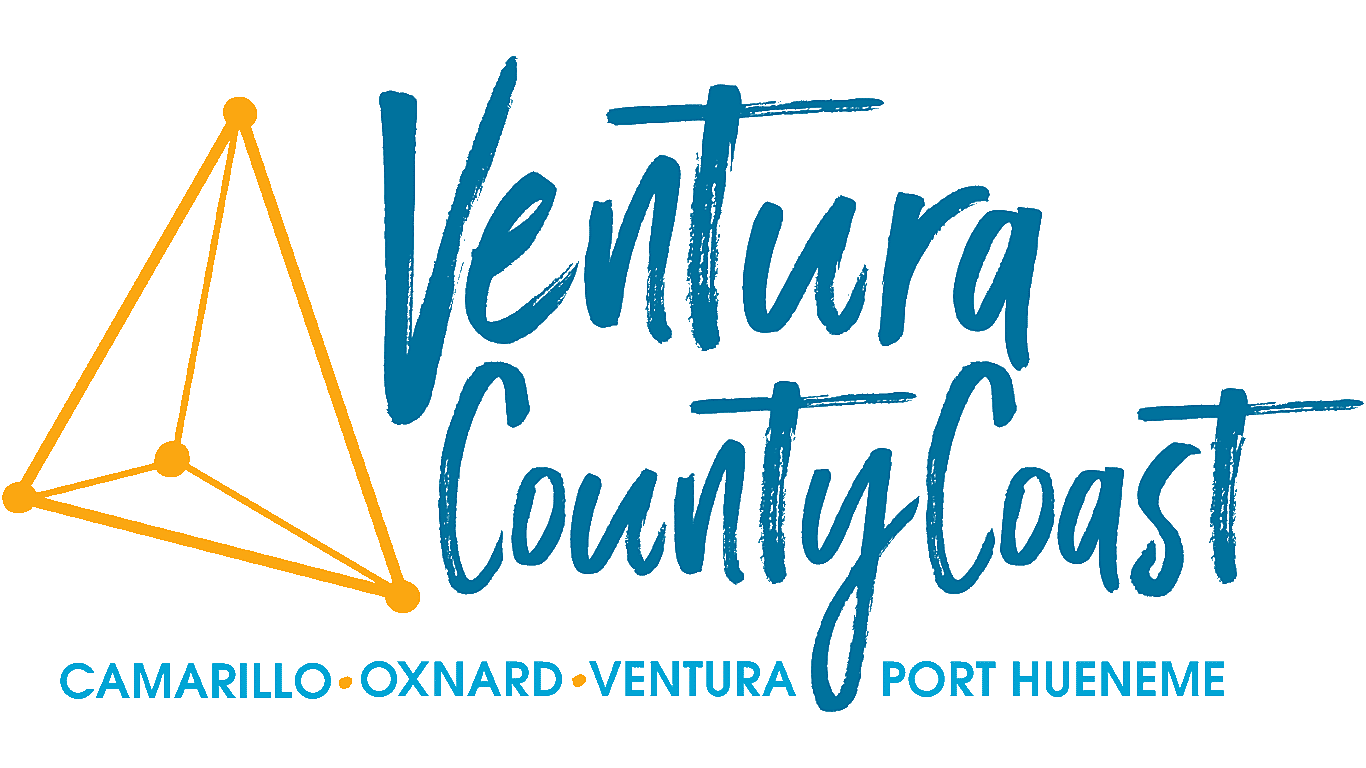 Ventura County Coast is a string of four communities that radiate warmth from welcoming people and California sunshine. The region embodies the casual and active spirit of classic, where the seafood is fresh, the beer is handcrafted and the weather is the kind you dream about. Spend the day exploring miles of beaches, incredible harbors or lush green golf courses. Hop on a boat for a day trip to the Channel Islands National Park, where you can see breathtaking views of the Southern California coastline. With a bustling culture, high end and vintage shopping, a lively culinary spirit and beautiful outdoor experiences, Ventura County Coast calls on every visitor to find their vibe. From hiking and biking to sailing and snorkeling, from shopping and dining to just plain relaxing, Ventura County Coast will fill your days with a lifetime of memories.

An hour north of Los Angeles, Camarillo is nestled at the base of the Conejo foothills surrounded by verdant green fields and cool ocean breezes. With more than 300 days of sunshine a year, enjoy Camarillo alfresco. From outdoor shopping and concerts, to delicious dining and fun events, Camarillo has it all. With small town charm and a rich history, it is the place for romantic weddings and corporate venues. Visit the historical sites and museums during the day, and walk along Old Town for dinner and drinks at night. A great getaway for everyone, Camarillo is the ideal place to Come for the Sun, Stay for the Fun.

Rally your tribe and head for the Central Coast. California cool, panorama-perfect, culturally authentic and vibrant beyond measure. Oxnard is home to miles of pristine white sand beaches, electric nightlife, some of the best taquerias in the state, historic Victorian era architecture, the California Strawberry Festival, and an expansively picturesque harbor that serves as the closest access point to the Channel Islands National Park. Just sixty miles northwest of LAX and in close proximity to Santa Barbara and other major destinations, Oxnard is one of California’s best kept secrets.

A place that embodies a casual soul and unexpected allure, Ventura is a vibrant town that checks stress and pretense at the door.  Its artistic culture, enduring history and privileged locale is crazy-inviting, very much alive, and refreshingly human.

Just sixty miles northwest of Los Angeles, in the heart of the Central Coast, you’ll find Port Hueneme, the friendly city by the sea. Port Hueneme is the place for travelers looking to dig their toes in the sand, take a long walk, drop a fishing line off the pier or just kick back and relax. With walking and biking trails winding throughout the city and a perfect climate almost year round, you can revive your soul in Hueneme.

Channel Islands National Park is an American national park that consists of five of the eight Channel Islands off the coast of the U.S. state of California, in the Pacific Ocean.